After missing out on a get-together for two years, Old Boys of St Andrew’s School in Bloemfontein who live in the Ndlambe area were happy to have the chance to catch up with each other and meet new headmaster Roland Rudd at a reunion breakfast at MyPond Hotel in Port Alfred recently.

Stenden South Africa staff member Andre Steyn, an Old Andrean, is the link between St Andrew’s and Stenden, and the reason the breakfast is hosted at MyPond Hotel.

“We’ve had quite a few pupils coming to Stenden from St Andrew’s,” Hensens said. “It’s very clear that the boys from St Andrew’s fit the Stenden profile very well. They have all embarked on interesting careers.”

Bridger said it was a highlight for the St Andrew’s ambassadorial tour to come to Port Alfred.

“It’s hard to believe two years have gone past since we had to cancel the last function. A lot has happened and some things will never be the same,” he said, noting the passing of Clive Mott, a teacher at the school for 42 years.

He said immediate past headmaster Chris Thomas had taken early retirement at the end of 2020, after serving as head since 2007. Thomas, who matriculated in 1977, was the first Old Boy to return as headmaster. His tenure as head is the third longest in the school’s history.

After searching for a replacement, the school appointed Rudd in August 2021.

“We have an incredible, loyal and committed family at St Andrew’s,” Bridger said.

Bridger, who has served on the central committee of the Old Boys Association for years, said he and another long-time stalwart, Jenny Gould, were retiring.

“Change is inevitable and new blood is required,” he said.

Introducing Rudd, former headmaster Roy Gordon, who now lives in Kenton-on-Sea said, with tongue-in-cheek, “I immediately disliked him because he was a far better headmaster than I could ever have been.”

“I was born and bred in Bloemfontein, so at least we’ve got that in common,” Rudd said in return jest.

“My father was a deputy at Grey College for about 30 years, a contemporary of John Bridger.”

After matriculating from Grey, Rudd did a BA at Kovsies (University of the Free State) and taught at Wynberg Boys’ High School for 30 years.

Rudd said his dad used to like comparing Grey and Wynberg, and when he and his wife broke the news to their children that he had been appointed headmaster at St Andrew’s, his son said: “Papa, the best thing about moving to Bloemfontein is that I don’t have to attend Grey.” There was hearty laughter.

Rudd told the audience a bit about his objectives as headmaster.

“Since I arrived I have had an open door policy,” he said. Quite literally, he opened all the doors and rearranged his office so he could see the pupils outside. He keeps a jar of sweets at the door and welcomes pop-in visits by pupils who share a story with him.

The hostel has also been a focus. He reopened Dunn House and went on an extensive marketing campaign to encourage boarding. “We went from naught to 12 boarders in Dunn House.”

St Andrew’s has more day scholars than boarders, so Rudd said he also had to focus on the day boys and let them know that they matter.

He was determined sports house would not just be for sport but to develop a sense of identity. This was intiated on the junior school side, with pupils coming to school in house colours and holding house assemblies.

“We’re looking at how to create a place for boys create a sense of belonging.”

St Andrew’s is a combined junior and high school, and realising staff in the junior school didn’t know senior school staff and vice versa, Rudd introduced a Friday lunch where all staff can meet and recognise each other and understand each other.

Staff members were all given a digital device to keep in touch.

They also try to bring out a weekly newsletter on what is happening at the school, as well as a full report for pupils, parents and Old Boys.

A new chaplain has been appointed and a deputy head will be appointed at the junior school.

On the sports front, St Andrew’s recently went on a tour to Union High School in Graaff-Reinet, where the first rugby team managed a win against Union for the first time in an away game in 30 years. There were also wins for the seconds and U13 teams.

It’s been a busy season for cricket, with a tour to Port Elizabeth for the Independent Schools Cricket Festival.

Rudd was particularly proud of the magnificent feat of 2,500 games of squash over two weekends.

St Andrew’s has introduced soccer in term 3, after fulfilling rugby and hockey commitments.

As for service, the school has Interact, blood drives (with a target of 100 units), clean-ups, shoe drives for sister schools and a Christmas collection.

The music school is up and running and St Andrew’s hosts numerous concerts.

“There’s a lot we push in culture too,” Rudd said.

In academics, St Andrew’s attained a 100% matric pass rate last year, with 86% bachelor’s degree passes. They had pupils who were first in the Free State in information technology and tourism, third in history, accounting, natural science, life science and geography.

Nine of their teachers were in the top three in the Free State.

The boys are also taught life skills outside of school, like how to change a tyre, how to light a fire and cook hamburger patties. The kitchen staff teach the boys how to make French toast.

The boys are also introduced to cubs and scouts.

There is an integrated sports period during the school day, an innovation which came out of the lockdown, as the boys were missing out on sport.

All league matches still take place in the afternoon.

A big project which will require fundraising support from the entire St Andrew’s family is to build an astroturf field, which will cost R10-million. Rudd said R1.5-million had been committed so far.

Hockey is the biggest sport at the school in terms of winter sport participation.

“It’s only because giants have gone before, like Roy Gordon, that we are able to stand on their shoulders and see higher than they might have been able to,” Rudd said. “When I leave, I hope I can leave a legacy of relationships and brotherhood among the boys at the school and set up an environment for those coming after us.” 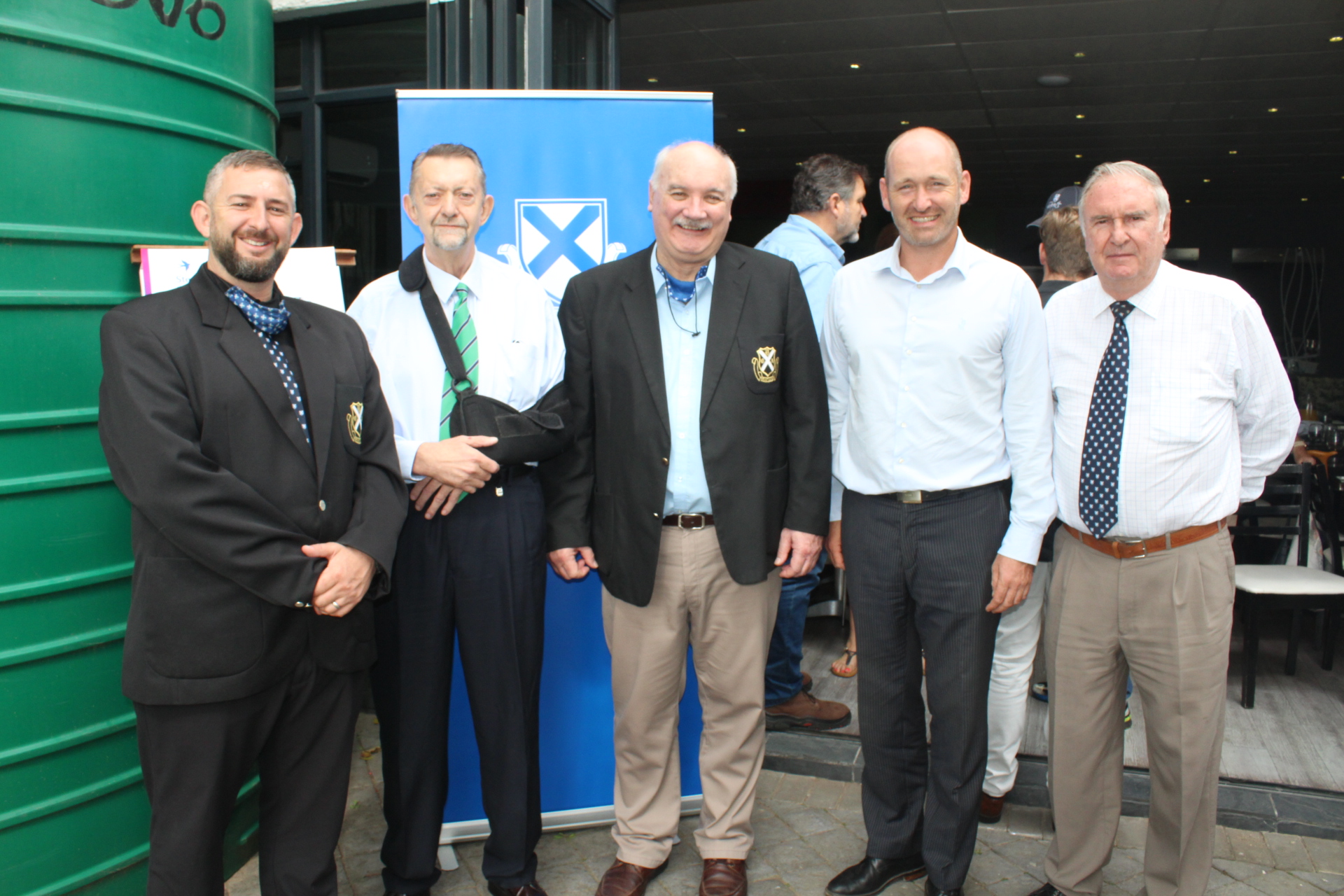 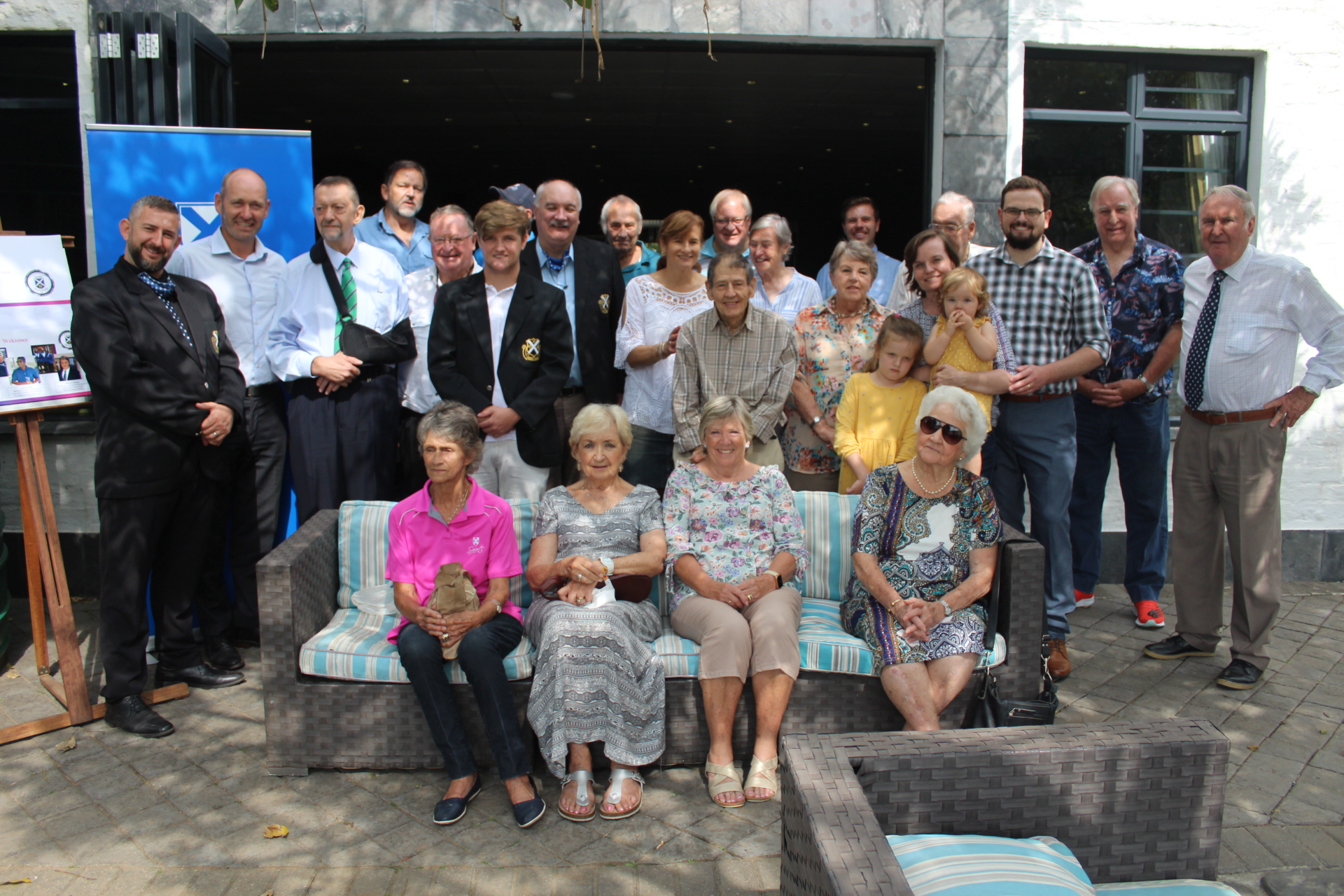