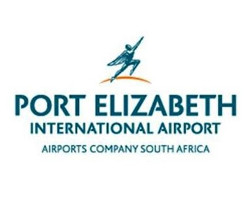 The Port Elizabeth airport has the capacity to handle up to two million passengers per year, as well as over 800 tons of cargo, including flowers, frozen lobster, meat, ostrich skins and mushrooms. This is based on the growth of tourism in the region, which required a number of improvements including a terminal expansion at the airport. This facility provides a central retail area as well as a fully compliant international arrivals and departures terminal to complement upgraded amenities for domestic traffic. 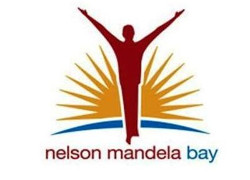 The South African Weather Service (SAWS) is a Section 3(a) public entity under the Ministry of Water and Environmental Affairs and is governed by a Board of Directors. The company became a public entity on 15 July 2001, in terms of the South African Weather Service Act (No. 8 of 2001). It is an authoritative voice for weather and climate forecasting in South Africa and as a member of the World Meteorological Organization (WMO) it complies with international meteorological standards. As an Aviation Meteorological Authority, SAWS is designated by the state to provide weather services to the aviation and marine industries, as well as a range of other identified clients. It also fulfils a range of international obligations of the government. SAWS provide two distinct services, namely public good services funded by government, and paid-for commercial services. The South African Weather Service’s countrywide observational network consists of: 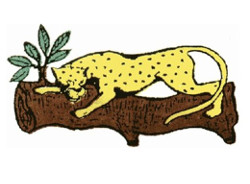 Officially Established: 7th October 1875 – Gazetted on the 18th November 1875 (Unofficially established as the Albany Levy on the 4th October 1822), the fore runner of Graham’s Town Volunteers 8th January 1835, from which we claim our heritage Family Tree of First City – Names, Title & Lineage. The Grahamstown and Albany men are the earliest volunteers under the old British system in South Africa, having formed the Albany Levy on the 4th October 1822, but as far as we know, there is no continuity to the Graham’s Town volunteers of 1835 and the first city of 1875, except that of individuals and families that still server the regiment. The present OC and RSM had forefathers who served in the old Albany Levy. The strong Scottish connection to First City goes back to the founding of Grahamstown in 1812 by Colonel John Graham of Fintry Late of the 93rd Highlanders, who comes from the family of the Grahams of Montrose. 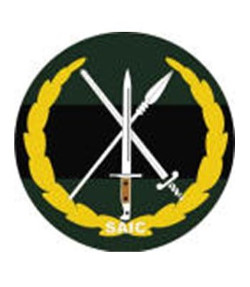 The SANDF (South African National Defence Force) is the main protector of the country against all threats. They also act as first responders during disaster situations and are responsible for the safety and security of the general public. Stenden South Africa has signed a Service Level Agreement with the SANDF, by which the SANDF assists us (SSA) in the training of our students in the following fields: Fire Awareness, Identification and Storage of Weapons, Arms and Ammunition, Map Reading and GPS Skills, Tracking, Camouflage, Field Art and Survival, Building, Maintenance and Management of Refugee Camps, Communication Skills (Radio-speech Procedures.) 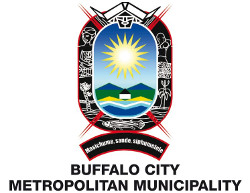 Buffalo City Metropolitan Municipality is situated on the east coast of the Eastern Cape province, South Africa. The boundaries of the municipality include a large area characterised by very different features. Two former municipalities, (Transitional Local Councils), that of East London and King William’s Town – were merged into one. Other areas that were previously not included in either of them also form part of Buffalo City. The municipality was established as a local municipality in 2000, after South Africa’s reorganisation of municipal areas and is named after the Buffalo River, at whose mouth lies the only river port in South Africa. On 18 May 2011, Buffalo City Metropolitan Municipality was separated from the Amathole District Municipality and converted into a metropolitan municipality. History was made in Buffalo City when the City elected its first female mayor on Friday, 17 March 2006. The area has a well-developed manufacturing base, with the auto industry playing a major role. The climate is mild, with year-round sunshine. Average rainfall is 850mm. 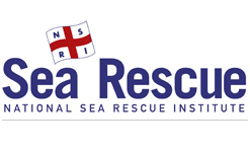 The National Sea Rescue Institute (NSRI) has over 900 unpaid volunteers who respond 24/7/365 to save lives on South African waters. We also teach disadvantaged children about basic water safety through our proactive educational initiative the WaterWise Academy. 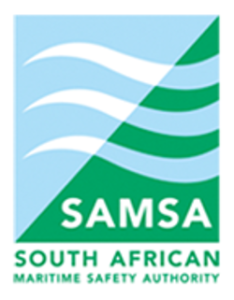 The South African Maritime Safety Authority (SAMSA) was established on the 1st April 1998 under the SAMSA Act 5 of 1998. SAMSA’s mandate is:

SAMSA has also been charged with the responsibility of executing the following:
Administration of the Merchant shipping (National Small Vessel Safety) Regulation, 2007, as amended (the Regulations). The Regulations extends SAMSA’s Core mandate to include inland waterways (only waterways accessible to the public) within the Republic. That is to ensure boating safety on our waters. Implementing and executing the Long-Range Identification and Tracking (LRIT) of vessels along the South African coastline. The Long-Range vessels monitoring system assists in securing South Africa’s coastal waters in the midst of the rising lawlessness at sea, with particular reference to the worrying scourge of pirate attacks along the east coast of Africa. 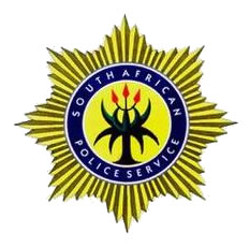 Vision, Mission and Values of the South African Police Service:

The Mission of the South African Police Service is to –

The Values of the South African Police Service are to – 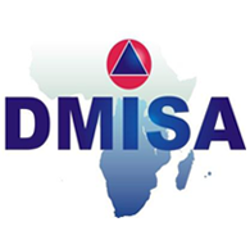 The Disaster Management Institute of Southern Africa (DMISA) aims to advance the discipline and create learning and networking opportunities. DMISA has engaged with the Southern African Disaster Management Centre (NDMC) on various occasions. Regular meetings between DMISA leadership and the NDMC ensure a constant flow of information from functionaries in all spheres of government, directly to the NDMC – cutting red tape and improving cooperation and understanding. DMISA is a self-governing body, committed to standardization, and hosts the biggest annual Disaster Risk Management conference in Africa – routinely attracting more than 350 delegates.

Child Helpline International is a collective impact organisation with 176 members from 145 countries.

We coordinate information, viewpoints, knowledge and data from our child helpline members, partners and external sources. This exceptional resource is used to help and support child protection systems globally, regionally and nationally.

We advocate for the rights of children, represent their voices and give them a right to be heard. 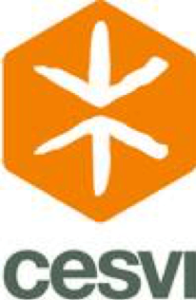 Cesvi is an Italian humanitarian organisation, non-confessional, independent, participatory and non-profit foundation, founded in Bergamo in 1985.

Cesvi works on every continent to transform humanitarian aid into a chance to set up long-term projects promoting self-development and involvement among the beneficiary communities. 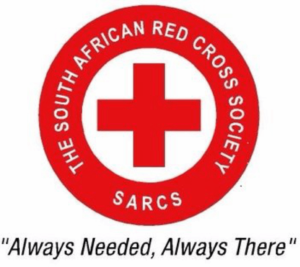 Humanitarian services in South Africa can be traced back to the late 1800’s. The South African Red Cross Society was established in 1921 and admitted into the IFRC in 1929. 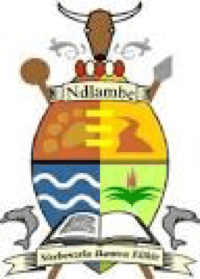 The Ndlambe Local Municipality is a Category B municipality situated within the Sarah Baartman District Municipality in the Eastern Cape Province. It is bordered by Makana to the north, the Atlantic Ocean to the south, Ngqushwa to the east and Sundays River Valley to the west. It is the smallest of the seven municipalities in the district, making up only 3% of its geographical area. The Ndlambe municipal area forms part of the Eastern Coastal Zone, which can be described as having a pristine coastal area, well-preserved river mouths and intertidal areas, diverse vegetation, relatively low density development along the coast, and major tourism potential.

The City of Cape Town Metropolitan Municipality is a Category A municipality and is situated in the southern peninsula of the Western Cape Province. It has a coastline of 294km. It stretches from Gordon’s Bay to Atlantis and includes the suburbs of Khayelitsha and Mitchells Plain.
It is also bounded by the Atlantic Ocean to the south and west.

The City is famous for its harbour, as well as its natural setting in the Cape Floral Kingdom, including such well-known landmarks as Table Mountain and Cape Point. It is hailed as one of the most beautiful cities in the world as officially recognised by Forbes. It is also Africa’s most popular tourist destination. Being the oldest city in South Africa, it is affectionately known as ‘The Mother City’.

The Dr Kenneth Kaunda District Municipality is one of the 4 districts of North West Province, South Africa. The seat of Kaunda District is Klerksdorp. A plurality of its 742 821 people speak Setswana as their mother tongue. The majority of its people live in the City of Matlosana Municipality. The district code is DC40. 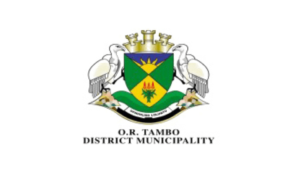 The municipality is formed by five local municipalities: King Sabata Dalindyebo, Nyandeni, Mhlontlo, Port St Johns and Ingquza Hill. It covers about 80% of what used to be marginalised homeland in the Transkei and is one of the four Integrated Sustainable Rural Development Programme (ISRDP) nodes in the province. 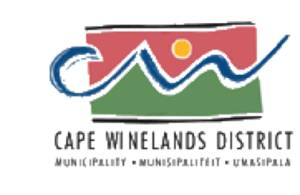 The Cape Winelands District Municipality is situated in the Western Cape Province and is one of 44 district municipalities in South Africa. The Western Cape Province is located in the South-Western tip of the African continent, bordering the Northern Cape in the north, the Eastern Cape in the east, the Atlantic Ocean on the west and the Indian Ocean in the south. The province covers a geographical area of 129 370 km2, constituting 10.6% of the total land area of the country. 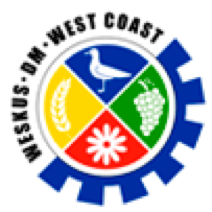 The area that the West Coast District Municipality (WCDM) serves stretches from the border of Cape Town Metropole to the border of the Northern Cape. The region covers a total area of 31 099 km². Statistics South Africa (2001) estimated the population of the entire West Coast region at 282 671.

The two roads, the R27 and the N7 from Cape Town, will take you through the golden wheat fields of the Swartland, the vineyards of the Olifants River, the picturesque coastal villages of Paternoster and St Helena Bay and the peaceful atmosphere of little towns like Darling, Piketberg, Goedverwacht and Porterville. Further north, across the Piekeniers Pass, the incredible mountains of the Cederberg, famous for its rock art and the Maskam, outside Van Rhynsdorp will serve you with peace of mind.

Garden Route District Municipality, the leading, enabling and inclusive district, is characterised by equitable and sustainable development, high quality of life and equal opportunities for all.